As a foreigner living in Spain, it is wise to request an NIE number from the relevant authorities. Although this is not mandatory, it is often asked by authorities such as for applying for a telephone line and internet connection, electricity and gas installations, municipalities, etc.

WHAT IS A SPANISH NIE NUMBER?

The NIE is your all-purpose identification and tax number in Spain. You need it for everything that involves a “tramite” or official process in Spain. For example, you will need an NIE number to buy a property, buy a car, get connected to the utilities and, most importantly as far as the Spanish state is concerned, pay your taxes. Without an NIE number, the Spanish tax authorities are unable to assess or process annual tax payments such as income tax (IRPF), and the annual wealth tax (Patrimonio), both of which are declared by residents and non-resident property owners.

NIE number certificates were being issued with a 3-month validity from the time of issue, after which you were expected to apply for residency, or register as a non-resident. So after three months, the certificate was no longer valid, at least in principle. However, at some point the regulation was changed to eliminate the three-month expiry deadline, so NIE number certificates now bear no expiry date. But this is Spain, the bureaucracy is a bit of a mess, and regulations are not uniformly implemented or even understood. You may find that some notaries refuse to accept an old certificate that expired after three months, which could cause problems for people who have one of the old certificates. So if you happen to have requested an NIE number in the past, check it to make sure it doesn’t bear an expiry date. If it does, request a new copy without an expiry date.

If you are an EU citizen and spend longer than 3 months in Spain after getting your NIE number, you are required to register and get a government certificate that shows your NIE number.

WHO NEEDS AN NIE NUMBER IN SPAIN?

WHEN DO YOU NEED AN NIE NUMBER?

If you are buying property in Spain, then you need to have an NIE number by the time you sign the deeds of purchase before the notary, an event known in Spanish as the “escritura”.

Getting your NIE number in time for “escritura” means applying at least 1 month beforehand if you are applying in Spain, and at least 2 months beforehand if you are applying via a consulate abroad. The actual time it takes depends upon where you apply, and the time of the year. You might be able to get an NIE number in person in Spain in a couple of days, but it could also take weeks, so best allow yourself plenty of time.

HOW TO APPLY FOR AN NIE NUMBER IN SPAIN?

The NIE can be applied for in Spain itself or the country of origin through the Spanish Embassy or the corresponding Spanish Consulate. However, if you are going to stay in Spain for more than three months, you are obliged to apply for a certificate of residence in the EU in Spain. You will then automatically be assigned an NIE number. In this case, you cannot apply for an NIE number via the Consulate in the UK.

APPLY FOR YOUR NIE IN SHORT:

The official website of the Spanish Consulate describes in English what to do to apply for an NIE number. First of all, you must complete and sign form EX-15. That form can be downloaded HERE. Only this form is accepted and no other modified unofficial versions. Bring at least two or three copies.

You must enter a Spanish address on this form. That can be tricky if you need the NIE number to rent/buy something. Ask a friend, acquaintances, broker, or employer if they can use their address as a temporary address.

You must also have a completed and signed Form 790-012. This is a form that you must take to a bank to pay the fees due (around 10 euros). This form can already be filled in online HERE, after which you can print a copy in A4 format. You can then pay in cash “efectivo” at the bank, after which the bank fills in the rest of the form and you can take it with you when you report to the police/appointment.

You must also indicate why you want an NIE number, so indicate the reason. This can be, for example, a (provisional) purchase or rental contract, an employment contract, or another reason.

WHY A NIE NUMBER?

If you are going to stay in Spain for more than three consecutive months, an NIE is required. But once you own this NIE number, that personal identification number is valid forever (it used to have to be renewed every so many year).

Even if you are staying in Spain for less than three months and have to arrange various things such as internet, telephone, gas, water, electricity, an NIE number is necessary and easy.

THERE ARE TWO TYPES OF NIE NUMBERS

NIE certificado con carácter permanent – for the people who will stay in Spain for a definite or indefinite period, such as for studying purposes, for work, or living in Spain for longer than 3 months.

NIE certificado con carácter temporal – for the people who will be staying in Spain for less than 3 months but need a tax number for administrative tasks.

You will need an NIE in Spain for:

1.APPLY FOR YOUR SPANISH NIE NUMBER IN PERSON

Applying in person for an NIE number whilst in Spain is a relatively straightforward procedure. The only inconvenience is that you may have to wait for several hours in a queue to submit your application at a Spanish police station. It does depend upon the police station where you apply, and the time of day (early is better). With a bit of luck, you will be in and out in half an hour or less.

The process goes as follows:

2) Take all documentation in person to the appropriate place of submission.

You will have to pay a tax of around €10.00 at the nearest bank branch after making your application, then take proof of this payment (the stamped receipt from the bank) back to the Oficina de Extranjeros. That completes the application process.

3) Collect NIE number immediately or after a few days

After you have submitted your NIE application you will be given an official receipt “resguardo” and a time/date after which you can return to collect your NIE document. In some places, you can collect your NIE number immediately, in other places it might be a couple of days later, or a couple of weeks – the police station will tell you. The time it takes varies by region and time of the year. Generally speaking, it seems that places, where there are not many foreigners requesting NIE numbers, deliver quicker, in some cases immediately.

You do not have to collect your NIE in person – anyone can collect it for you if they have the official receipt or “resguardo” you were given when you submitted your application.

The time it takes to get an NIE varies greatly by region. Whilst it is still common in most areas to wait 15 days or more before collecting an NIE, in some areas, you can apply for, and collect, your NIE in one single visit, which might not take longer than half an hour.

2.APPLY FOR YOUR NIE NUMBER IN PERSON AT A SPANISH CONSULATE

You can also apply for an NIE from Spanish consulates around the world if you do not have the time to apply whilst you are in Spain.

The process is as follows:

It also used to be necessary to take the following:

However, the latest feedback in the forum says this is no longer necessary as they now send you your NIE document in pdf format by email after two or three weeks.

2) Take all documentation in-person to your nearest Spanish Consulate.

You have to go in person with all the relevant documentation to your nearest Spanish consulate. The Spanish Consulate cannot issue NIE numbers; it only acts as a “postal box” between the applicant and the competent authorities in Spain. Once you have submitted your application through the Consulate they will not be able to provide you with any further information on the status of your application. For any further information or inquiries as to the status of your application, you should write to the address given above for the Comisaría General de Extranjería y Documentación.

Contact details of Spanish Consulates in the United Kingdom:

3) Await notification from the Spanish authorities

If all goes well you should receive your NIE number in pdf format by email within 2/3 weeks.

OTHER OPTIONS TO APPLY FOR YOUR NIE NUMBER

As a result, you can now authorize someone to get your NIE number for you in Spain. Once authorized they take care of the whole process for you. There are numerous companies now offering this service. To do this you need to:

If you go to a notary outside of Spain, the documentation will also need the Hague Apostille (but not if you go to the Spanish embassy or consulate).

+ Find a Notary Public in the UK

Be sure to take your original passports to the Notary appointment.

For more information (mainly in Spanish) on the Spanish NIE number application process and Spanish consulates worldwide check out:

If you’re looking for a property in Altea or the surrounding area, we are you go-to real estate agents in Altea. Learn more about Altea Moraira Villas.

If you’re looking for a property in Moraira or the surrounding area, we are you go-to real estate agents in Moraira. Learn more about Moraira Invest Group 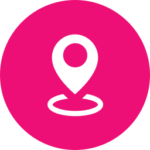 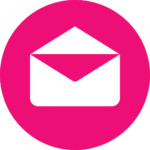 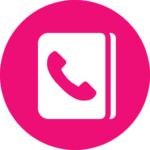